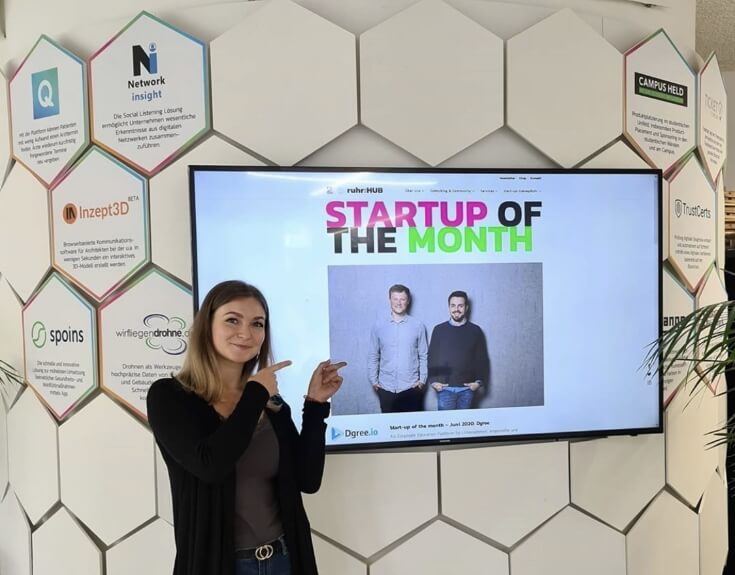 In the past few years, a number of companies have emerged in the Ruhr area whose success stories still have a long way to run - even if there are (as yet!) no unicorns among them. We have start-ups and grown-ups alike, such as Babymarkt, Urlaubsguru, Gastro-Hero, Masterplan.com, Pottsalat, Bauduu and Myster.de. Unlike Berlin, which is home to large B2C grown-ups and companies aimed at private users such as Zalando, Home24 or Delivery Hero, the Ruhr area scores particularly well when it comes to the hot topic that is B2B - in other words those business models that are specifically aimed at companies. Along the Emscher and Ruhr, many companies are already dealing with topics of the future such as industrial tech, cyber security and all manner of networked devices in the Internet of Things (IoT). For industrial tech start-ups that are driving the digitisation of old industries, the area offers many cooperation opportunities thanks to its long-established companies, and it is not seen as an industrial tech hotspot in Germany for no reason.

START-UP OF THE MONTH 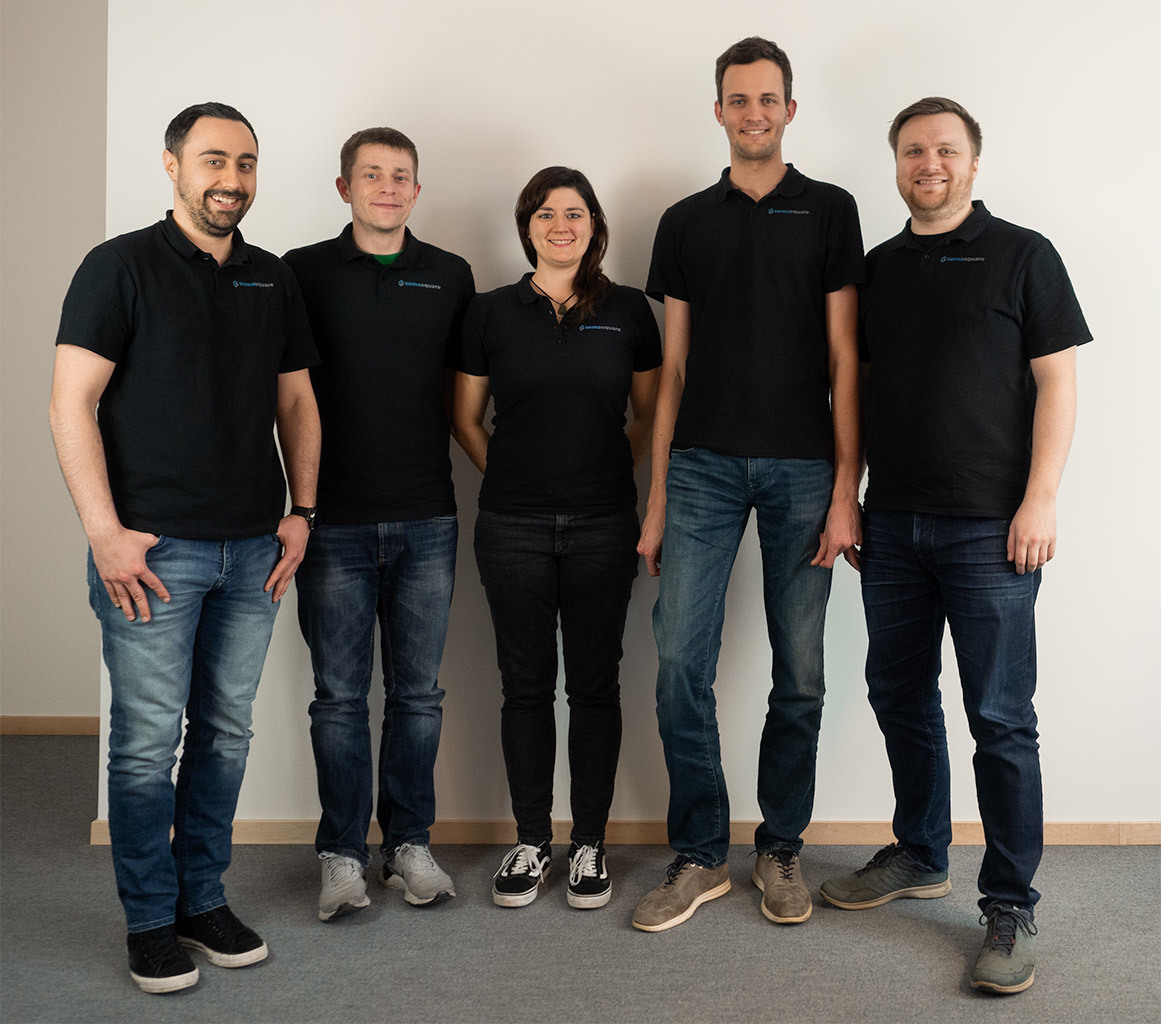 THE LAST START-UPS OF THE MONTH 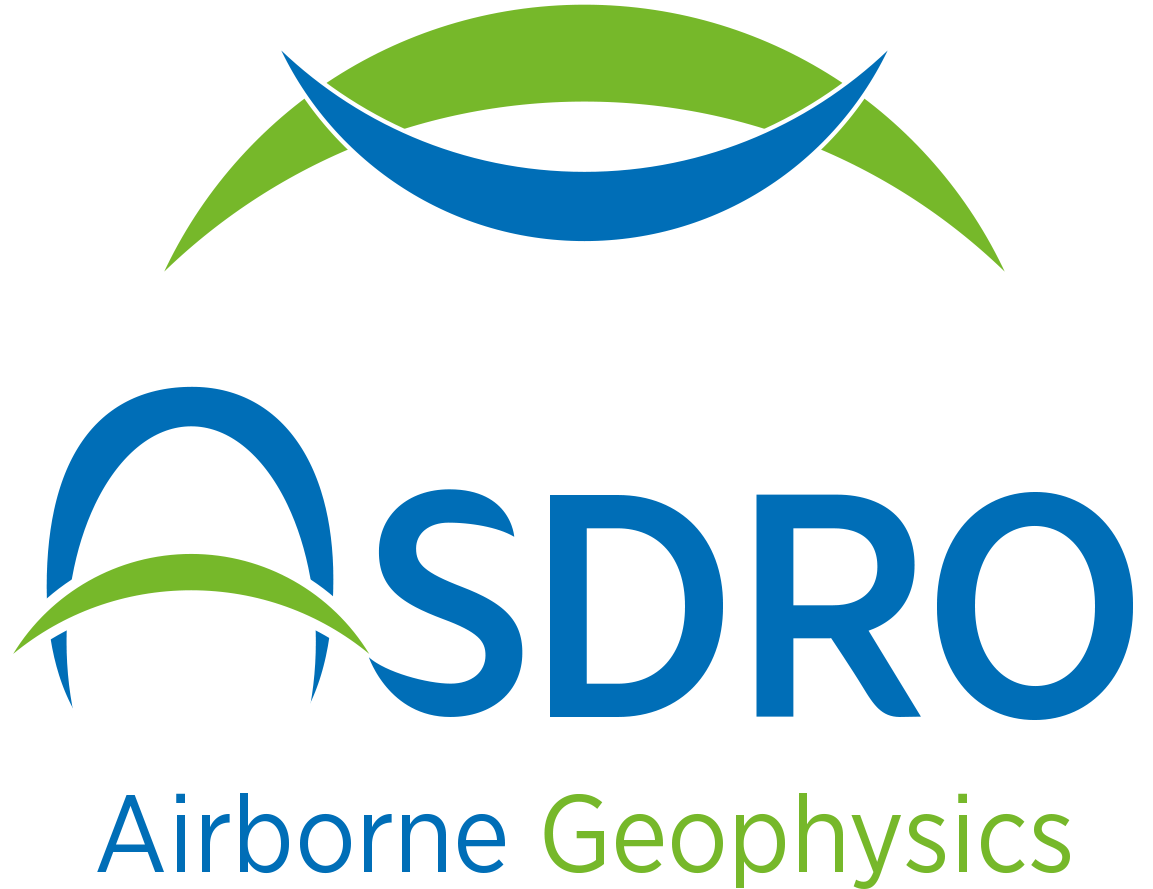 DO YOU WANT TO BE THE NEXT START-UP OF THE MONTH? 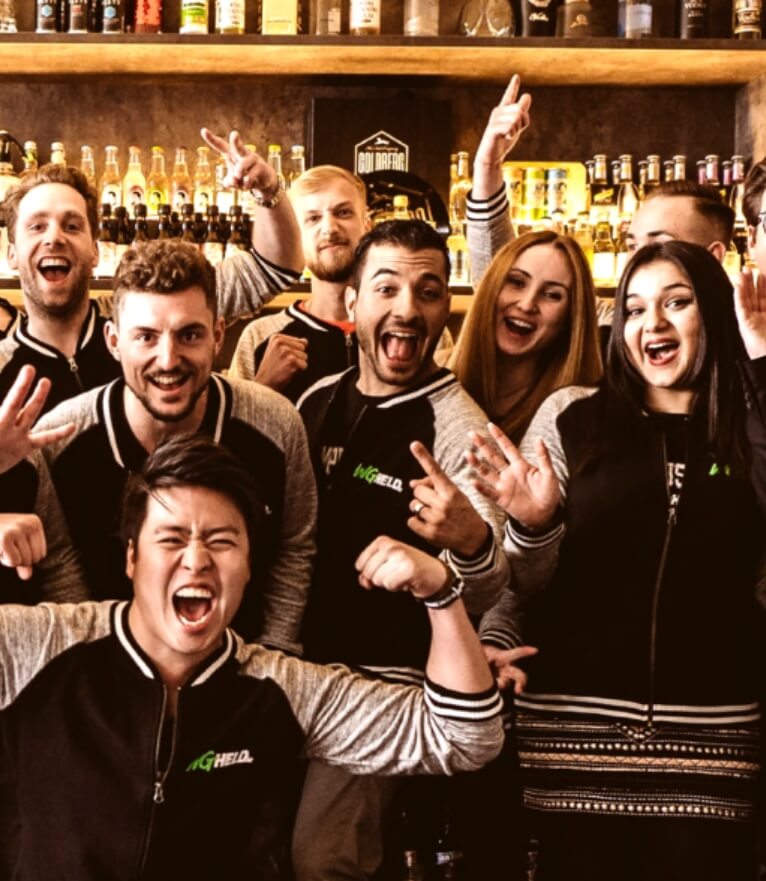 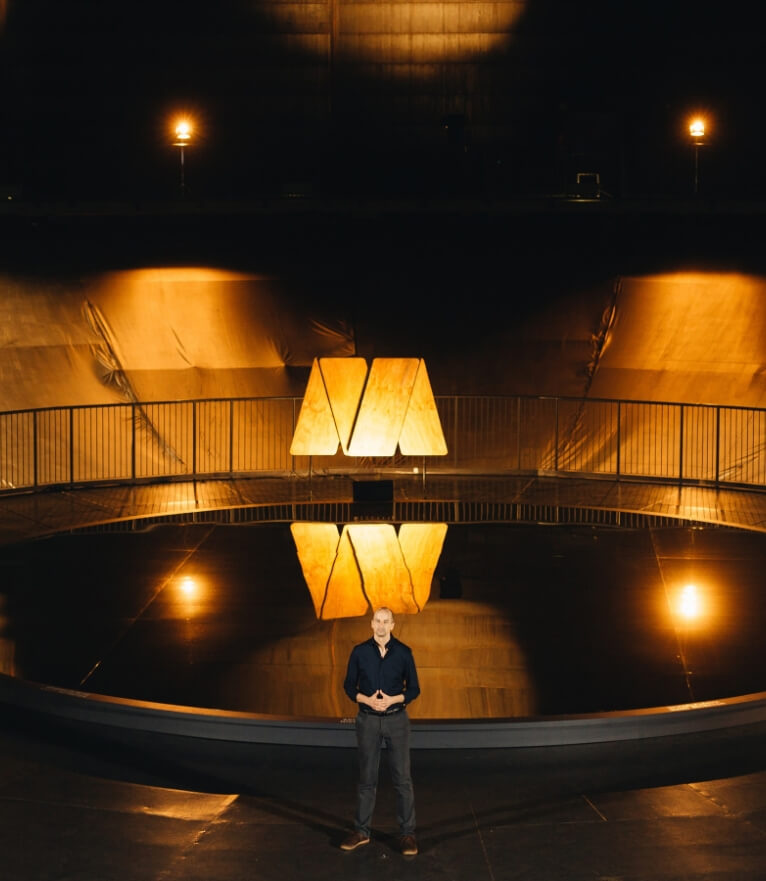 With Masterplan.com, Stefan Peukert and Daniel Schütt have already launched their second start-up in Bochum. Since 2017, the duo has been working on their mega exciting e-learning concept on the topic of digitalization, which is aimed at companies and their employees. In 2010, Peukert and Schütt launched Employour, a start-up company that operated several websites on career and job planning (MeinPraktikum.de, Ausbildung.de, Karista.de, Trainee.de and MeineUni.de). Just five years later, the Bertelsmann media group took over the company: The purchase price is said to have been a double-digit million amount and remains one of the biggest exits of the young start-up scene in the area. In addition, the sale to Bertelsmann put the digital world in the Ruhr region on the agenda of many people nationwide. 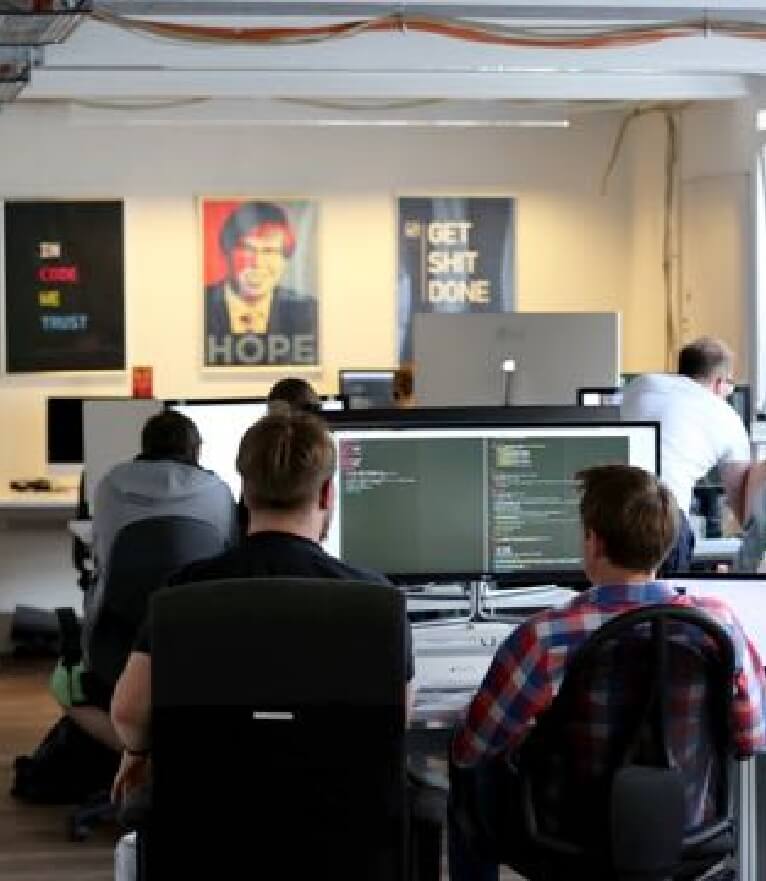 Over the years, 9elements has become the centerpiece of the local and regional digital scene, and even in faraway Berlin, the excellent work of the Ruhr region's inhabitants has been noticed. Back in 1999, while still at university, Sebastian Deutsch and comrade-in-arms Eray Basar launched 9elements - at that time a simple agency for programming services. Today, around 80 employees work for the profitable company and its offshoots. 9elements has long since become much more than a mundane agency: The company, which is excitingly run by two computer science graduates, is more a mixture of agency that builds websites and apps for customers, company builder, strategic investor and startup network. For example, the Ruhr-based company also helped build Employour, a local startup that was acquired by Bertelsmann. 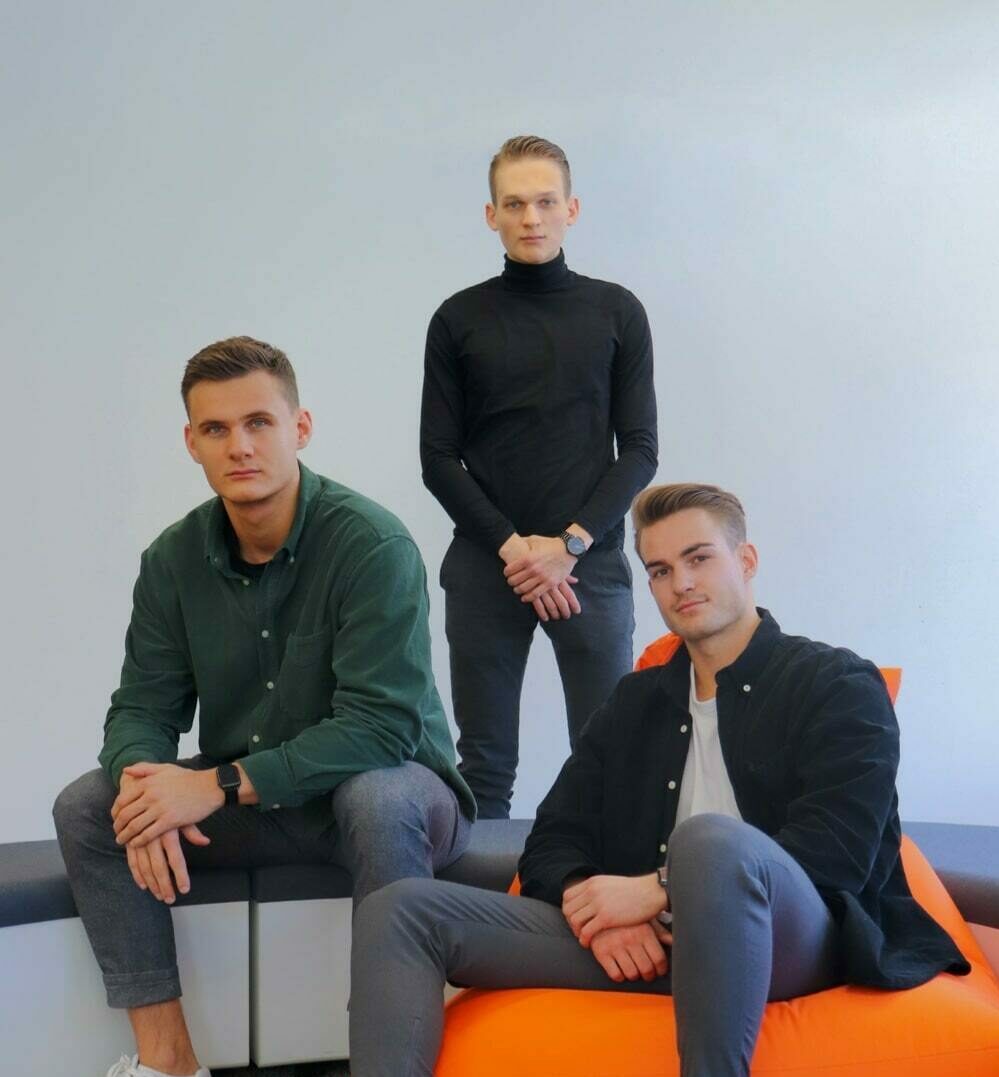 The Beautinda team believes that digitization doesn't have to be expensive, complex and time-consuming. With the Beautinda app, beauty service providers can completely digitize and market their business in just three minutes for free. All providers from the surrounding area in one place at your fingertips from your pocket. Find, book and pay for a suitable provider with just a few clicks. According to the motto "Men also own the beauty industry", the motivation behind Beautinda is to have a real impact and to be able to work on your own goals in a self-determined way. The app uses the latest technology to create a free and fast digitalization opportunity for beauty service providers. Beautinda has already achieved a product market fit - over 400 beauty service providers across Germany use the app. The concept has also convinced investors, so that financial resources are available to take Beautinda further forward. According to its own statement, the biggest success so far has been the successful market launch. Since the app is very closely aligned with customer needs, individual features were able to inspire many beauty service providers right at the start. Beautinda identifies the achievement of network effects as the next major goal. The aim is to create a good balance between service provider and customer in the long term.